Archaeological Museum (Hospital of the Knights) 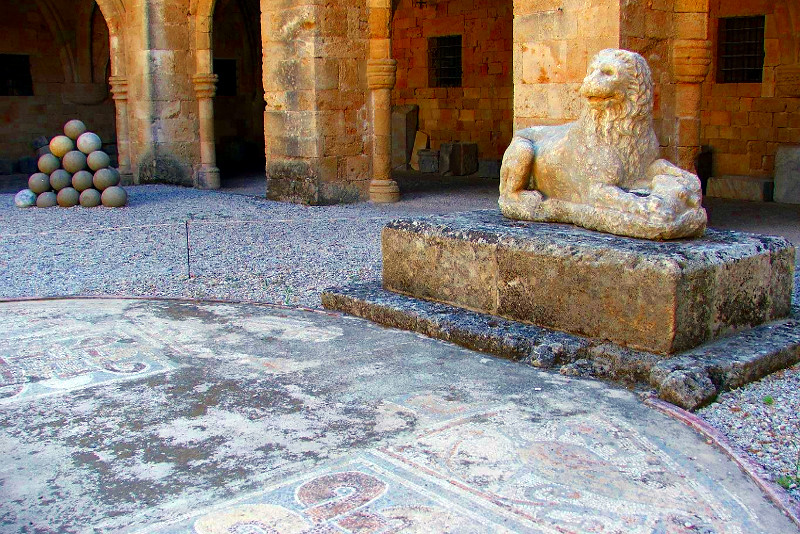 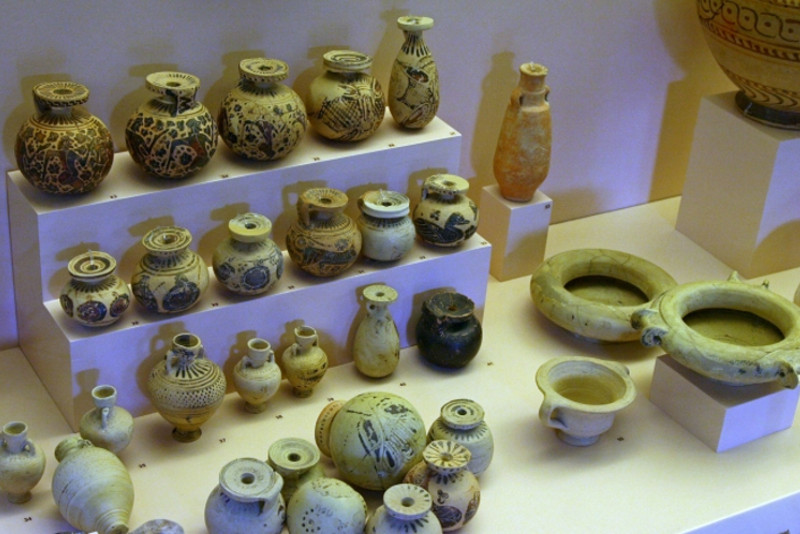 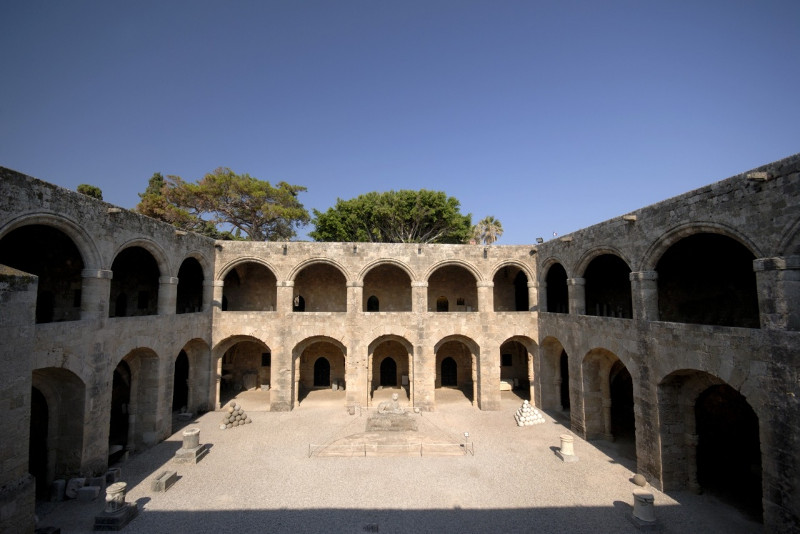 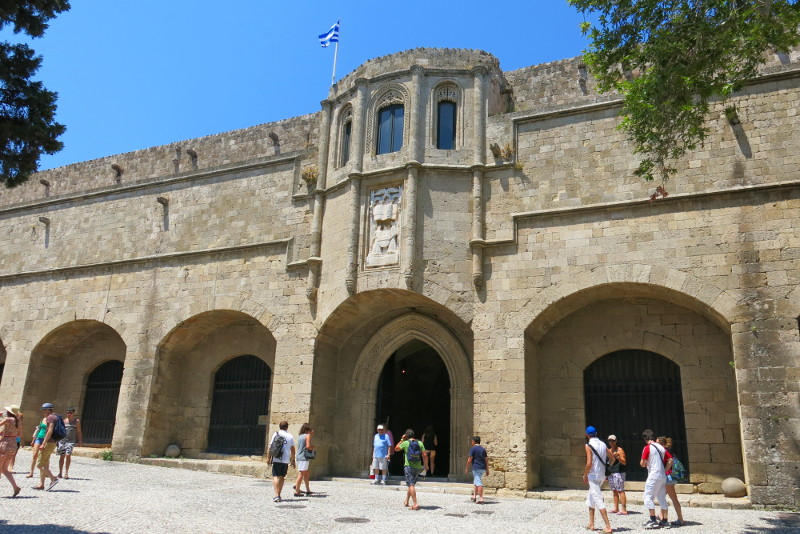 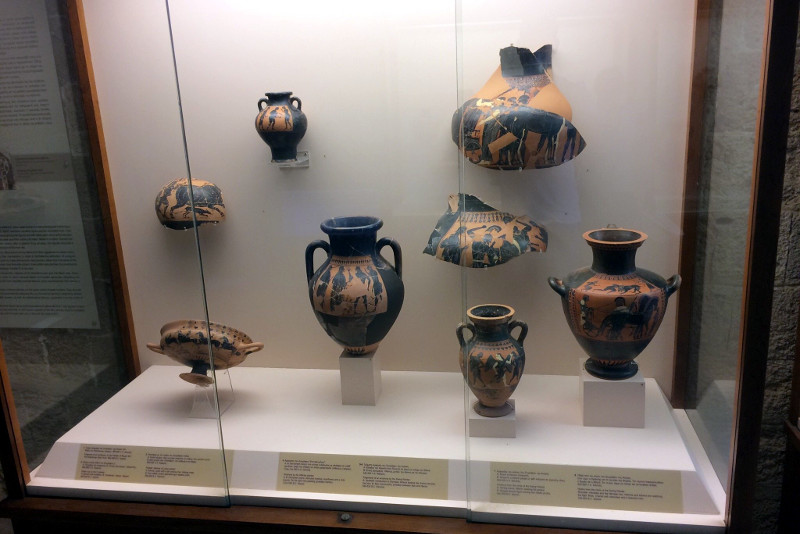 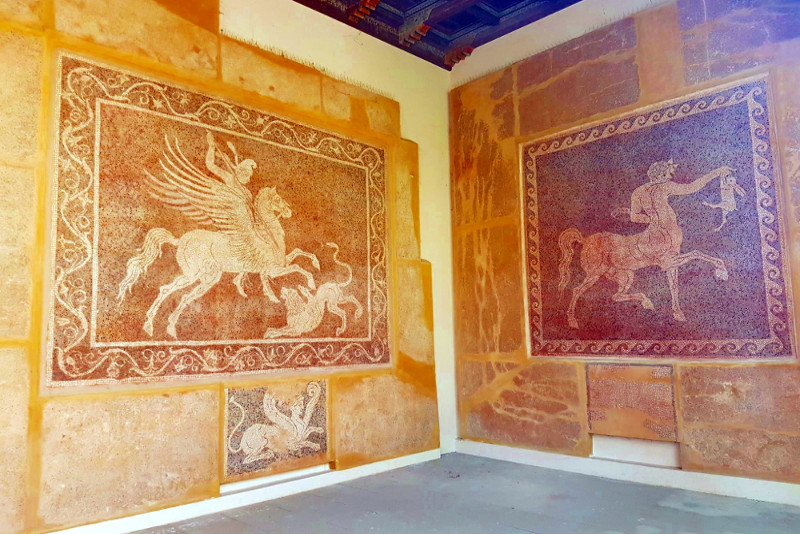 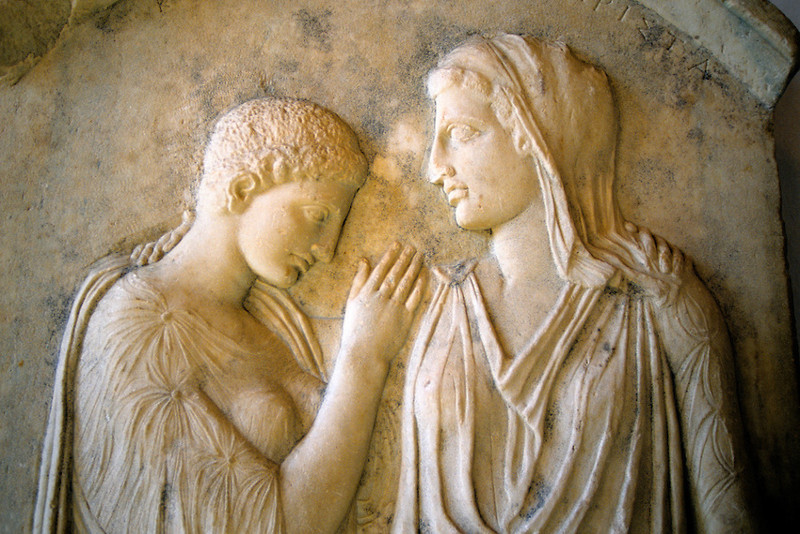 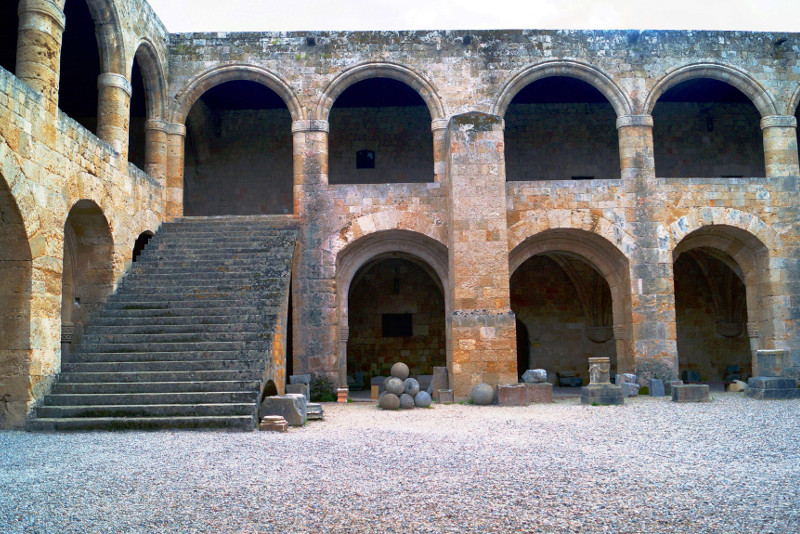 The archaeological museum is housed in the medieval Hospital of the Knights of St John. Its construction begun in 1440 and was completed 48 years later, in 1489. It is built around a courtyard, following the typical Gothic architecture.

Opposite to the entrance stands a big stone pedestal with a lion sculpture on top and a floor mosaic that has been transported from an Early Christian basilica at Arkasa on Karpathos. A visitor will also find stacks of cannonballs and other remnants of various military campaigns.

Inside the museum there are collections of epitaph plaques from the post-Classical, Hellenistic, Roman and Knights’ periods as well as statues including two Kouros and two statues of Aphrodite. Moreover, there is a collection of earthenware, urns and pots, altars, sarcophaguses and other objects recovered from archaeological excavations.