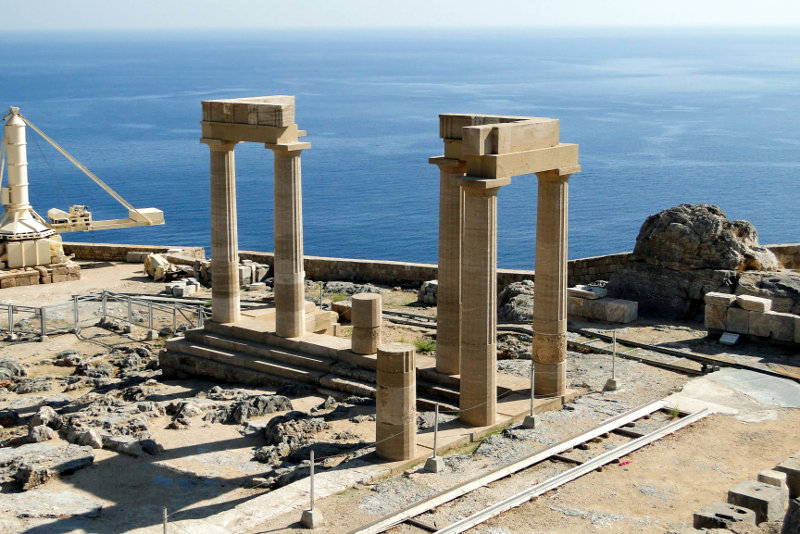 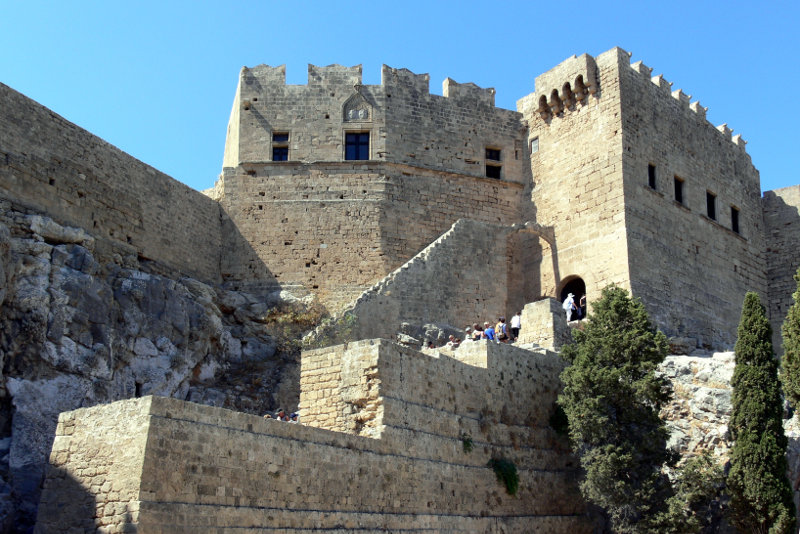 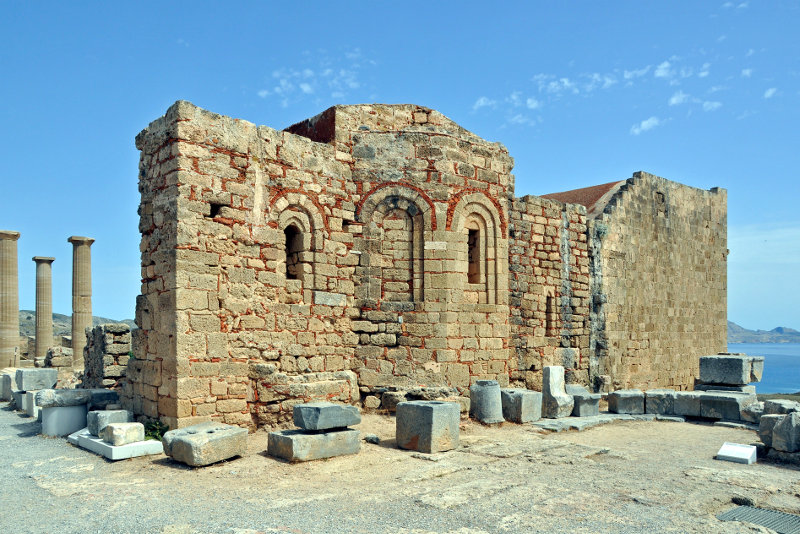 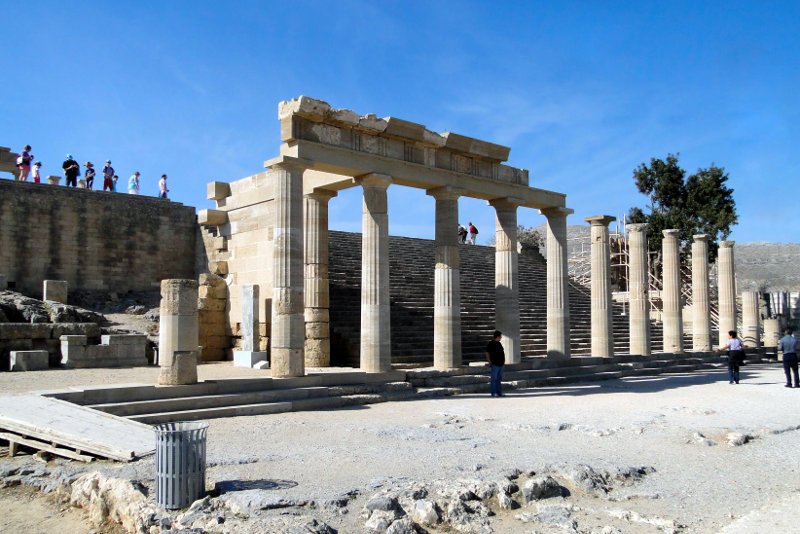 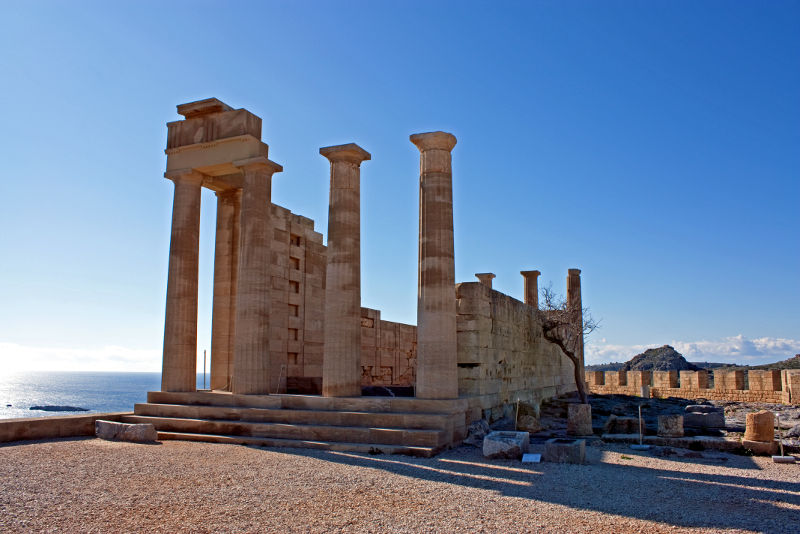 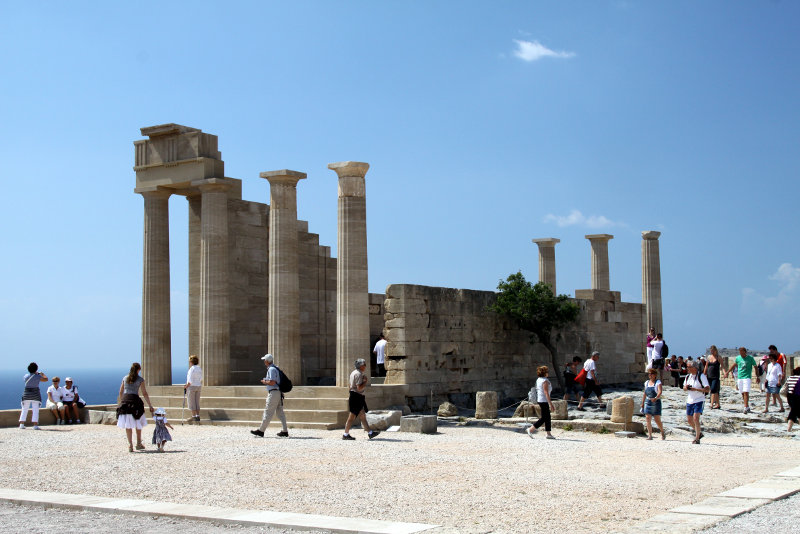 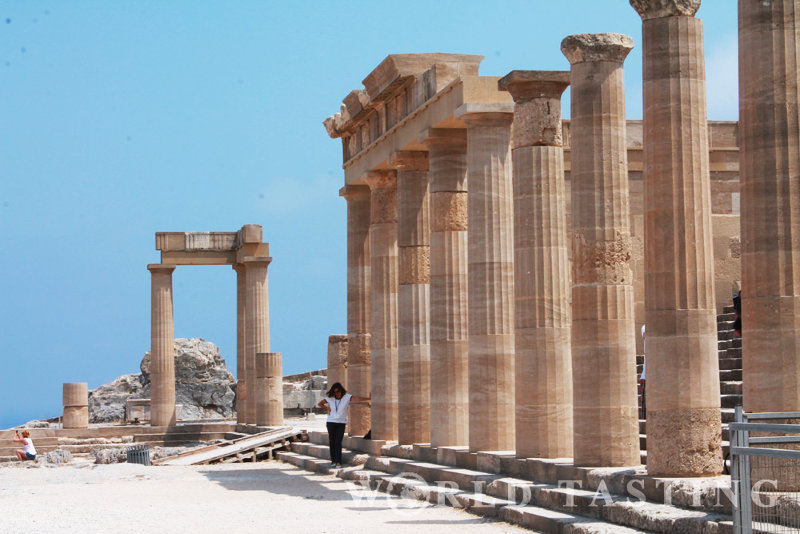 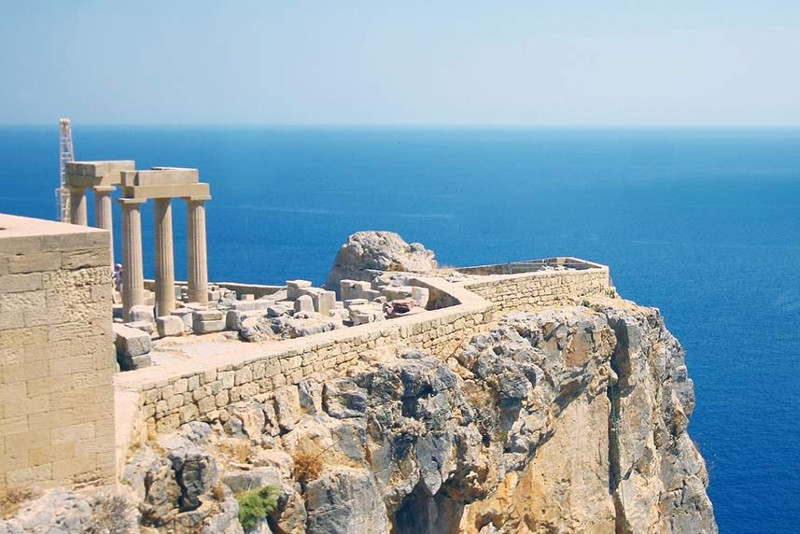 Beneath the modern village of Lindos rises the acropolis of Lindos, a natural citadel which was fortified successively by the Greeks, the Romans, the Byzantines, the Knights of St John and the Ottomans.

Today, the ascent to the acropolis follows the same steep path as in antiquity. The medieval castle of the Knights of St John, built some time before 1317, encloses the entire surface of the hill.

The ancient sanctuary occupies the top of the acropolis. To reach the temple of Athena, one passes through the great Doric stoa and then ascends the 34 stairs that end up to the Propylaea of the Sanctuary, dating from the 4th century BC. A monumental staircase leads to a D-shaped stoa and a wall with five door openings.

You may also see the following when you visit the acropolis of Lindos:

The acropolis of Lindos is a must-visit archaeological sight and offers spectacular views of the surrounding harbours and coastline.