The Old Town of Rhodes, is the oldest inhabited medieval town in Europe. The town was never abandoned. It is one of the rare survivors of the medieval world; it stands unscathed, in all its vibrant beauty. In 1988, UNESCO declared it to be a World Heritage Site.
The medieval city is located within a 4 km-long wall. It is divided with the high town to the north and the lower town south-southwest. Originally separated from the lower town by a fortified wall, the high town was entirely built by the Knights.
The Street of the Knights (Ippoton) is one of the best preserved and most delightful medieval relics in the world. The 600m (1,968 ft.) - long, cobble-paved street was constructed over an ancient pathway that led in a straight line from the Acropolis of Rhodes to the port.In the early 16th century, it became the address for most of the inns of each nation, which housed Knights who belonged to the Order of St John. The inns were used as eating clubs and temporary residences for visiting dignitaries, and their facades reflect the various architectural details of their respective countries.

From 1309 to 1523, Rhodes was occupied by the Knights of St John of Jerusalem. They transformed the island capital into a fortified city that would be able to withstand terrible sieges.
In 1523 the city was conquered by the Turks who expanded its fortification and multiplied its population. A lot of buildings and monuments were transformed.
In 1912 the Italians occupied the city. They reconstructed a lot of medieval buildings and the walls.

The palace of the Grand Master, also known as “Castello”, is one of the greatest monuments of the Middle Ages. Today it houses the Byzantine Museum of Rhodes where visitors can admire not only the palace itself, but also the impressive collections of tombstones, paintings, statuary, jewellery, books, mosaics, and an extensive array of other exhibits.The Knights’ Hospital, a unique gothic masterpiece, now houses the Archaeological Museum.
The Old Town has 7 gates and there are about 200 narrow streets with no name. “Getting lost” here is an experience you should try! Whenever you feel the need to find your bearings, you can ask for Sokratous, which is the main street.

Things to do
in the Old Town 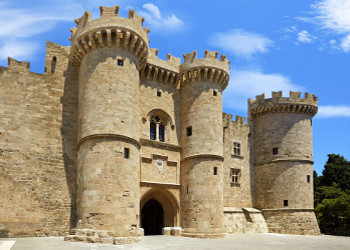 Palace of the Grand Master of Knights 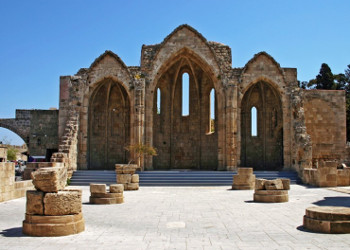 Church of Our Lady of the Castle 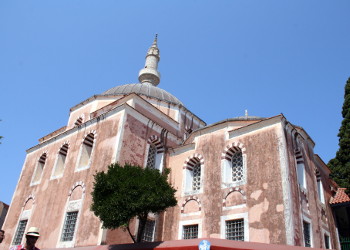 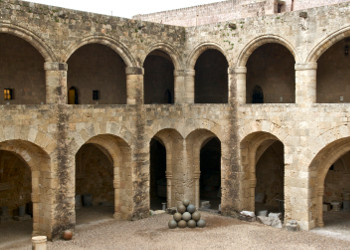 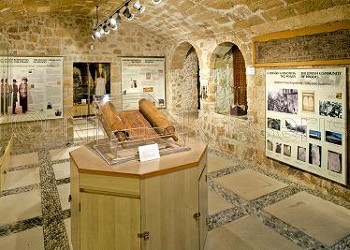